Roshii got his 333 shadowy gems last week and completed Cluster Clutch (Step 8).  Then it was onto Our Man in Karazhan (Step 9) where Roshii was given another Black Dragonflight target to kill:

"Your next target is the Black Dragon Nalice, who is engaged in some sort of arcane debauchery beneath the ruined tower of Karazhan." 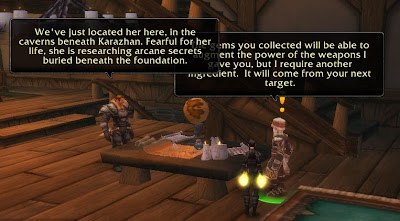 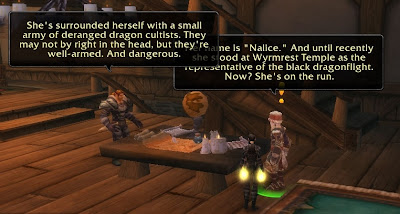 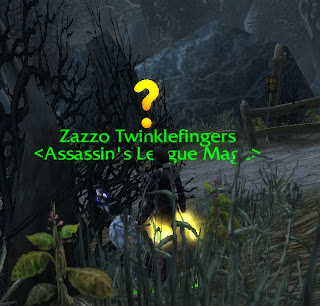 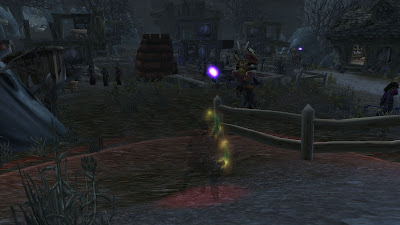 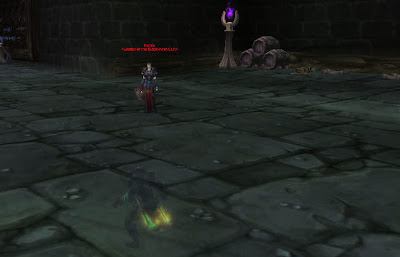 Killing her completed the quest Blood of the Betrayer (Step 10).  From her you get a Vial of Preserved Dragonblood.


"You did it? She's dead? Unbelievable! You're some kind of miracle-worker! 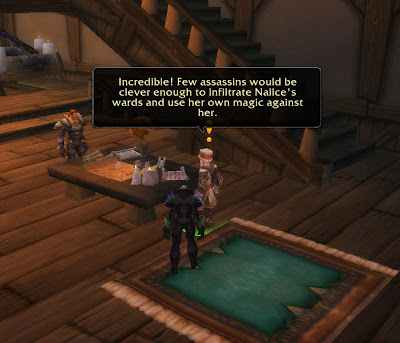 Back to Wrathion for Victory in the Depths (Step 11).  Without warning he pours the blood over the blades of the daggers, and the steel seems to writhe and twist as though alive. When the smoke clears, the daggers have altered their shape.  Fear and Vengeance have now become The Sleeper and The Dreamer.

Now Roshii is up to Sharpening Your fangs (Step 12) where he has to collect 60 Gem Clusters.  Phew.  That will take another few weeks! 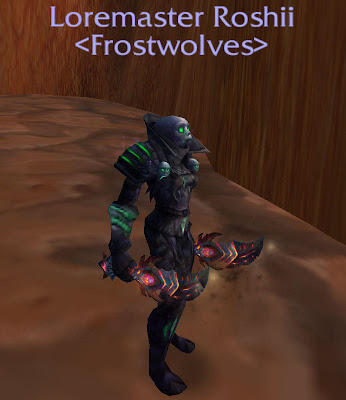