Darkmoon Faire - Dark and (un)Fair side of it

There have been so many posts on Darkmoon Faire that I thought it was overdone and didn't want to make a post on it.  But I should make one because one day I may wonder why I never wrote about the fun and games you can get up to there.  And now the initial hype is over, I'm going to write about it. 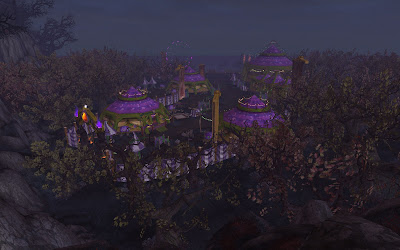 First, it's now an fun filled carnival island full of quests, dailies, games and things to see.  Not going to talk about those, everyone knows about those.  You can fish for a Sea Pony.  Which you can catch from anywhere around the island if you fish open water.  You should also try to fish the pools of shipwreck stuff if they appear too.  The crates contain lots of level 85 goodies like leather, cloth, potions, ore etc. 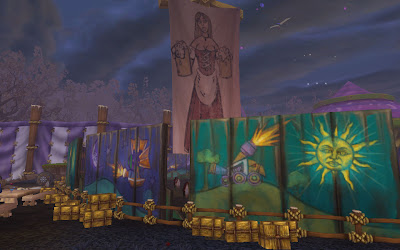 I let my daughter play my toon on the island because I figured there would be so much for her to look at she would stay around the carnival side.  I was wrong.  She managed to get me lost in the woods outside and happened upon Rona Greenteeth.
It's funny, Darkmoon reminds me a little bit of Las Vegas.  There are the bright lights and glitz and fun of the Strip, but outside of it, it's all dark, dingy, dirty and a little bit scary. 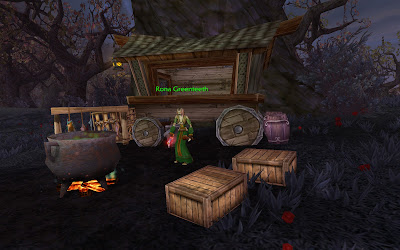 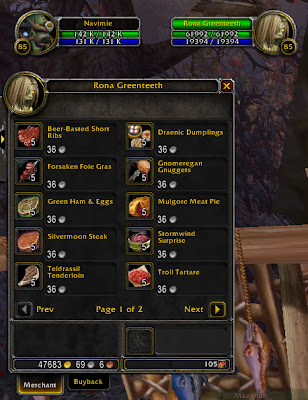 Now I was so busy trying to get back that I didn't take any pics or take much notice of the wares she had the first time, thinking it was all that food for the achievement which I had done already, but on closer inspection all her food are the cooked races of Azeroth. (These pictures are taken from the current second Darkmoon Faire visit)
There are so many things outside the fun and games of the Faire.  Anne Stickney wrote on WoWInsider about the Dark mysteries of the Darkmoon Faire and the ghosts on the island as well as the criminal activities of the Darkmoon Faire carnies.  I tried to kill myself so I could see the ghosts - which by the way is harder to do that I thought.  What I should have done was jump off the cliff.   Instead I went naked and pulled two Darkmoon Wolves - supposedly level 85 but have 7-8k health - who hit for piddly amounts, so I went afk while I let them finish me off.  When I came back I was still alive, and I realised it was because I was in my PVP spec and I was getting Nature's Ward going off which was healing me back up so I was never going to die.  Grrr.  So I killed those wolves and went and drowned myself off the coast.
There are quite a few ghosts on the island: 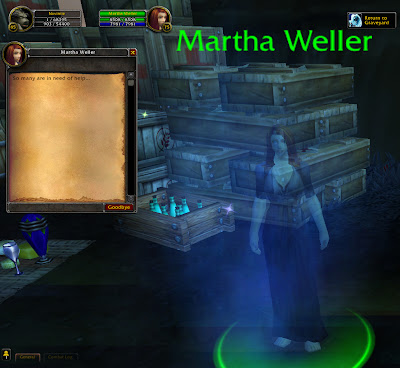 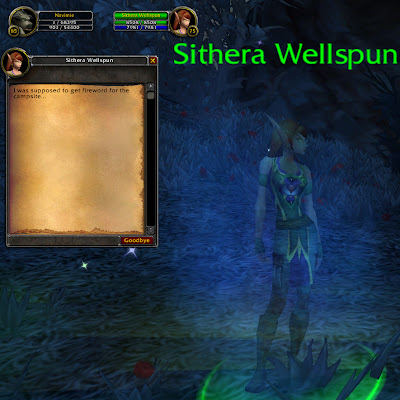 "When I woke up, I couldn't find my way back to the campsite..."
"I have such a hard time gathering firewood..."
"I thought I saw something in the bushes nearby... then I suppose I blacked out." 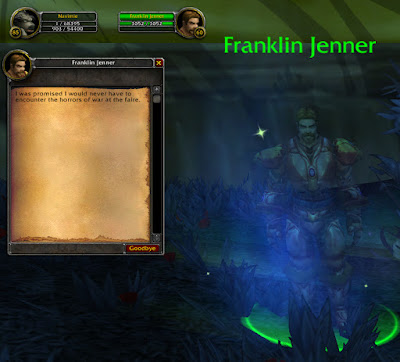 "So many have died at my hands.  I just wanted to escape those horrors."
"The war against the orcs, there seems to be no respite." 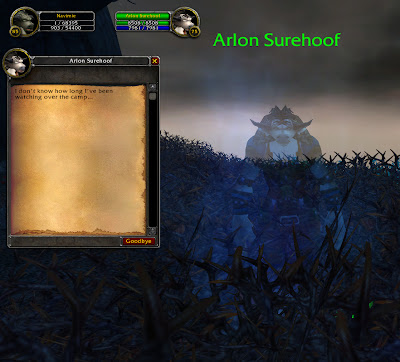 "These woods are dangerous.  A lesson I learned the hard way."
"I am to keep a close watch on the camp."
"Even death will not keep me from my duty to watch over the camp..." 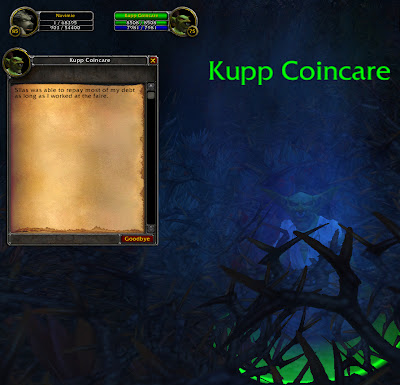 "My debt was almost repaid.  No one was going to miss those last gold coins..."
"I didn't think anyone would mind if I didn't stay to help run the faire."
"Most of my debt was repaid... I think..." 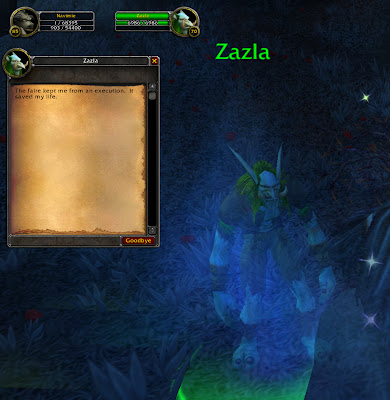 "I barely survived the shipwreck..."
"Silas kept me safe from my previous captors..."
"I saw my captors die horrible deaths.  And I laughed." 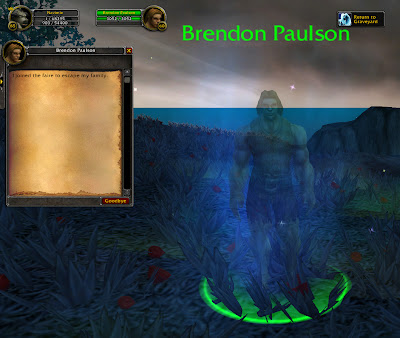 "I ran away from my home in Strom after my father tried to kill me."
"I remember telling Silas, "I never want to see my family again."
"For most of my life the faire has been my home."
"I joined the faire as a child..."
"My life before the faire was hard. I never missed it, or my family."
And of course what haunted and scary wood wouldn't be complete without creepy cages?  And has anyone ever noticed that it's never daytime at Darkmoon Faire??  It seems to be perpetually dark. 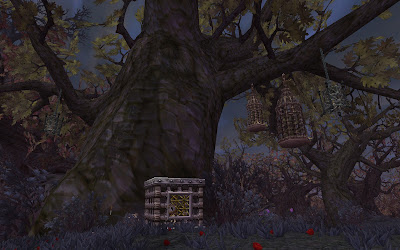 ﻿
So if you have the time or inclination, go wander around the island.  You never know what nasty surprises you may find.
Email Post
Labels: darkmoon faire Patch 4.3