Highlights of the Week from my Blogroll November 20, 2011

Matticus has posted on WoWInsider about the balance for intellect and spirit come MoP.  I was asked this week what I thought of the changes - and I always like new changes, new challenges to get used to.  Same mana pools, Int for throughput and Spi for regen, much easier than the mixed picture we have now.  And it will put us all on the same level.  I wonder if they will equalise our spell costs as well.  I think I will lose out a lot since I used to have one of the bigger mana pools but we shall see.

Oh and in other news, I was superexcited to be linked on WoWInsider this week in The Daily Quest: Let's talk about the Good Old Days.  What an honour!

Juvenate did a PTR run and had a look at resto druid performance in Dragon Soul.  He said the WG nerf was felt really heavily and the holy priests are back in with a vengeance again.  What was interesting was one of the comments which said this:


...Well, we’re currently recruiting a healer and I’m stalling all resto druid apps in hopes of snagging a priest....

And I am not sure how my performance will be.  A WG nerf would reduce my healing overall but I will likely be removing the glyph since I often have WG not hitting enough people in a 10 man.  In 25 man that's different, but I doubt my one extra heal is going to make that much of a difference with shamans in the picture anyhow.  I suspect the number or druids will wane and the number of priests will go up come patch, but that won't make much difference to me since I am the only healing druid in Frostwolves at present.

Lissanna blows in some balancing optimism to Juvenate's pessimism with her post Let's talk about Healing Shrooms (5.0 speculation).  She talks about how they could work and how they may be the balance that will bring us back on par with other healers again, improving our burst healing.  Ever since she mentioned it I thought it was a GREAT concept, because the idea you could have 3 shrooms doing various amounts of healing depending on how many you put is cool - like the lifebloom concept with more stacks healing more per tick.  I look forward to seeing if those shrooms are a heal with a hot (like regrowth) or a straightout heal like a swiftmend.  Or if they are some kind of focussed tranquility... hmm lol well we shall see, won't we?

So I'll end this with my favourite IntPiPoMo for the week :) 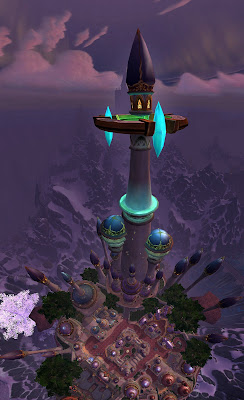