I was late home yesterday because I was held up at work.  So I missed out on raid but we had a full complement of healers anyway, so I wasn't too fussed, except I did want to be in the heroic group.  Oh well, maybe next week.  Or maybe I'll be lucky and Shnaptim might do a no-show on Monday like he normally does....
So I decided to go do a Zandom.  Gasp!  I know, I don't like doing Zandoms but I thought what the hell, I might as well since I won't be getting my Valour points this week from raiding.  So it seemed like a good geared group, we were pulling and running like it was a Bear run.  And lucky me, not only did I get Bear-ly Made it, but I also won the roll on the Amani Battle Bear!  3 of those guys already had it, and the mount, so it was just me and one other person.  And I forgot to go back and loot all my damn cloth, I was so excited about finishing the instance and stuff and getting the bear. 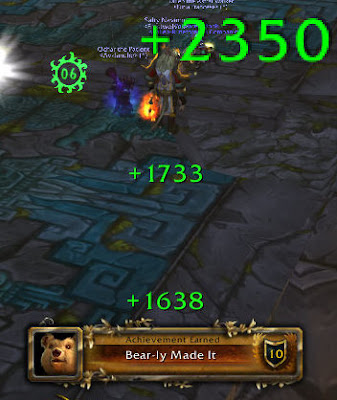 But YAY!  I think that was totally worth missing raid for. 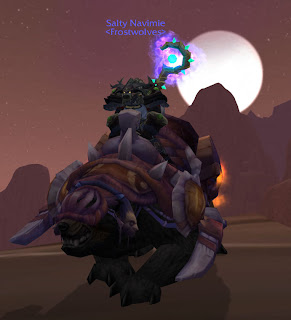