OK I just have to post a pic because this is just too awesome.  Killed Staghelm yesterday and no feral druids in raid or hunters so I saved this baby Fandral's Flamescythe from DE.  I'm keeping it just for looks. 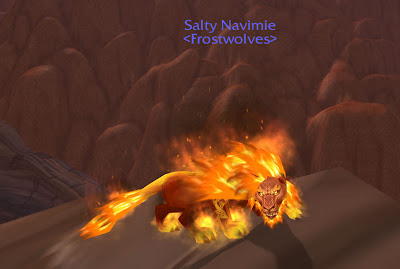 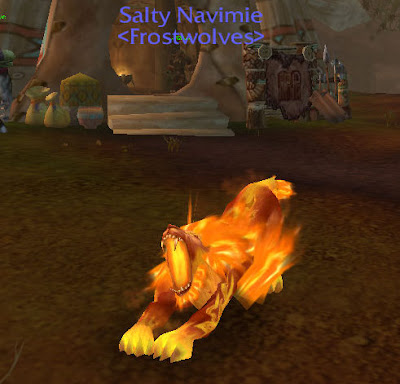 I even had a few comments!  Though a few people were wondering why I was resto spec with that staff... hahaha I did say that it is too awesome to be DE'd.

I tell you what though, it makes it easy for people to find me, especially trade channel people, for enchants and stuff ("I'm in Valley of Wisdom - look for the fire kitty").