Monday achievement raid - Do you wanna build a snowman?

I don't know why they didn't call this achievement "Do you wanna build a snowman?" I think that would have been much more amusing than "Snow Fun Allowed"...

So the last achievement we did was the Jaina one. Interestingly, it was actually SUPER easy, compared to all the last boss achievements from previous tiers. We usually do them during the next tier so we overgear stuff and don't have to think so much. However, this time we could do it easily with our current achievement raid group.

All you have to do is run through snow mounds on the ground during phase 2. Now it's during that blizzard bit, and there are 3 mounds to run through and it gives you a sparkly snowflake buff of some sort. 3 different people have to get it. Don't interrupt Jaina until everyone has their snow mound or they'll be gone! 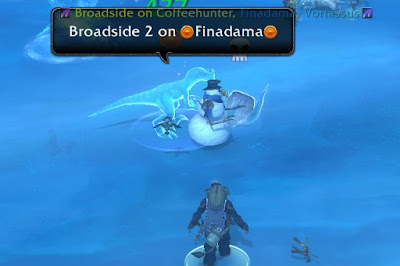 Once we're into the fight and hitting Jaina, the 3 people have to run together and that forms a snowman. As long as they run near an ordinace so that when we drop broadsides on it and it explodes and makes that fire, it will melt the snowman.

And... that's it! Achievement done! 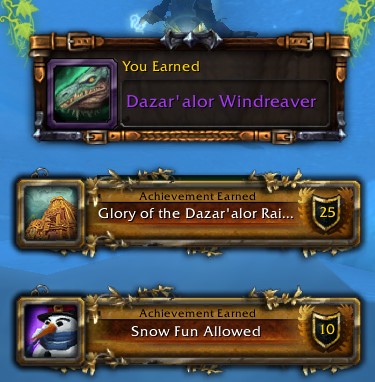 And here is me and my Windreaver! 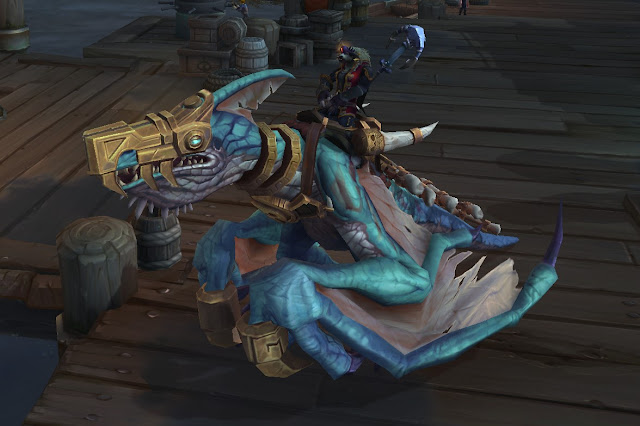