Got my Keystone master out of the way with MUCH help!

Much to my regret I could not get a guild group together to smash out 15s so I had to resort to asking otherfriends to take me. After many long weeks (as I only had the time for one or two a week) I finally got them all done.

Yes, I know there are not points it's just a Feat of Strength. Why did I do it? I have no idea. But maybe it was just to learn, maybe it was to hang out with some old friends, maybe it was to give me something to do in the lull before patch.

Of all the ones I did, Siege of Boralas did my head in the most. 3 fails but the rest, with except maybe Motherlode which was I had to do twice, went reasonably smoothly. Let's just say keeping this mob hanging around last week when I was doing Siege of Boralas last week was making me worried. 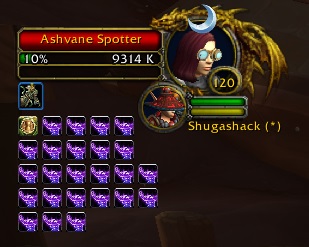 Thanks to old friends who carried me - and thank you to the new friends for letting me tag along!