How did Sars kill Nat Pagle?

Cptsars was out fishing over the open sea, and being a shaman, he had water walking on so he could fish without being disturbed.  He noticed Nat Pagle running over to see him, except that Nat was on the bottom of the ocean. Sars went down to check it out, and sure enough Nat was there, talking underwater. 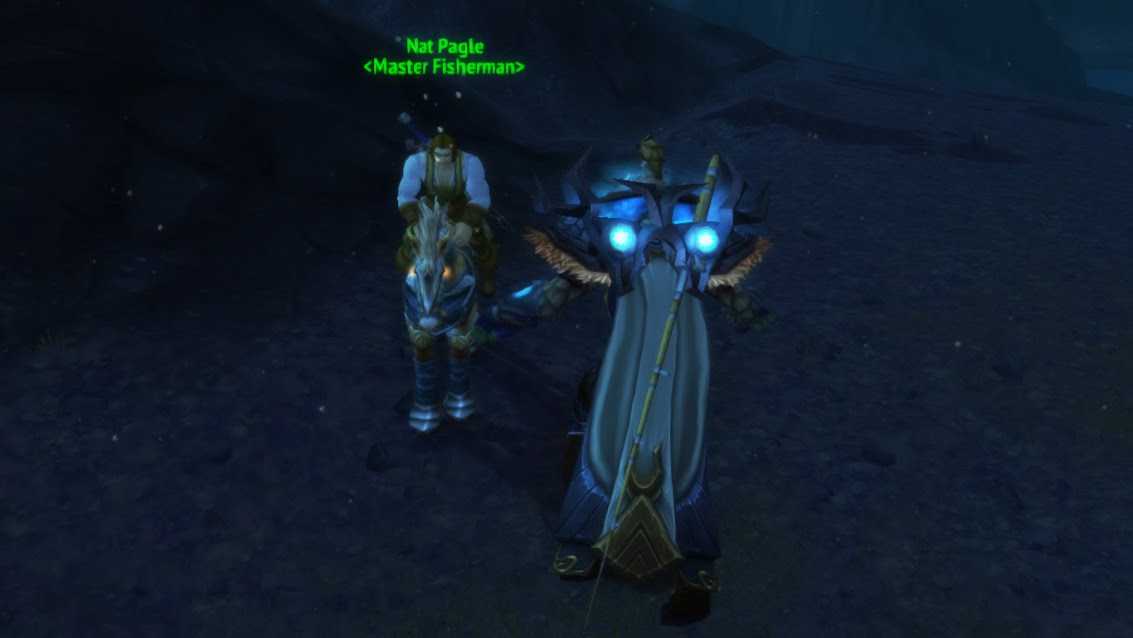 Sars went back to his fishing but when he was done, he went back to land and Nat died next to him... from drowning! Now, I have never seen THAT before. Killing Nat Pagle? Didn't know it was possible! 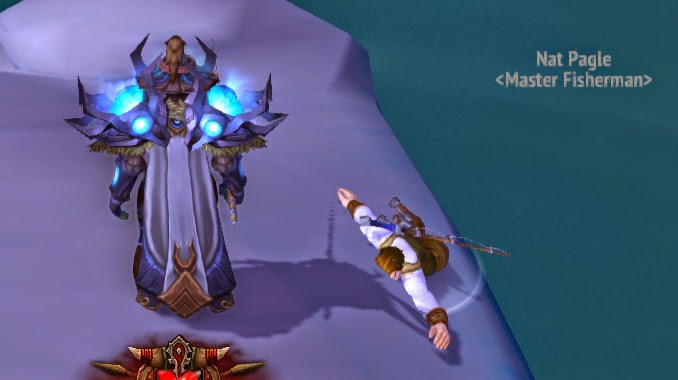 Turns out open sea fishing is hazardous for Nat.  Someone should tell Nat to have equipped the Mastercraft Kalu'ak Fishing Pole.  At least then hecould have breathed underwater....
Email Post
Labels: Fishing silly stuff