I had a new follower on my other blog, Hidden in WoW, this week and when I looked them up, it was a blogger who was on Saurfang!  Her name was Raedel and she writes at Raedel's Raids.

So I went to have a look at her blog, and she has VERY good taste in blogs on her blogroll, for who did I see on it but my good friends, Tome of the Ancient, Zeirah, Elfi and Dragonray!!!

I sent her a mail and said I saw she had a blog and I asked if I could take a picture with her!  She was very confused at first, but when I told her I was a blogger too, I think it seemed to make more sense.

She hadn't been on the past few days, not at the times I was online, but on Thursday night I managed to catch her.  She was in SoO but she said she'd be out at 1130pm so I logged for a bit to do some family stuff since raid went kaput tonight, and then came back later.  We went to her favourite place - Jade forest.

We talked about why she started blogging (she said she was new to tanking and wanted to write about it) and she had been playing for 9 years, just like me!  She said she was healing as a priest for 9 years and also played a monk before she went to this paladin.  She had been on a few servers too - Aman'thul, Gundrak and now Saurfang - but she said that she came here because her friend was here.  I told her that I thought her blogroll was excellent (hahaha it felt like I was commenting on her wine cellar or something!), and she told me that her roommate was in a guild with Zeirah before and recommended her blog.  I told her proudly that I helped rename Zeirah's blog (still pretty chuffed about that! And all warm fuzzies!), as my little claim to fame.

I asked her to show me her favourite mount and pet: 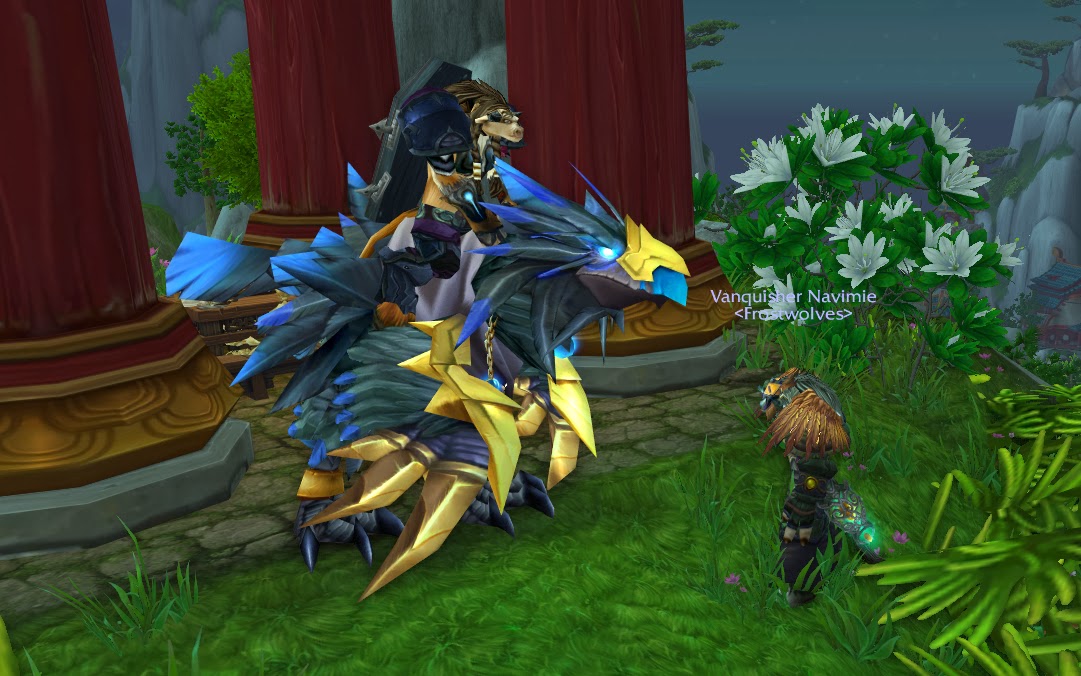 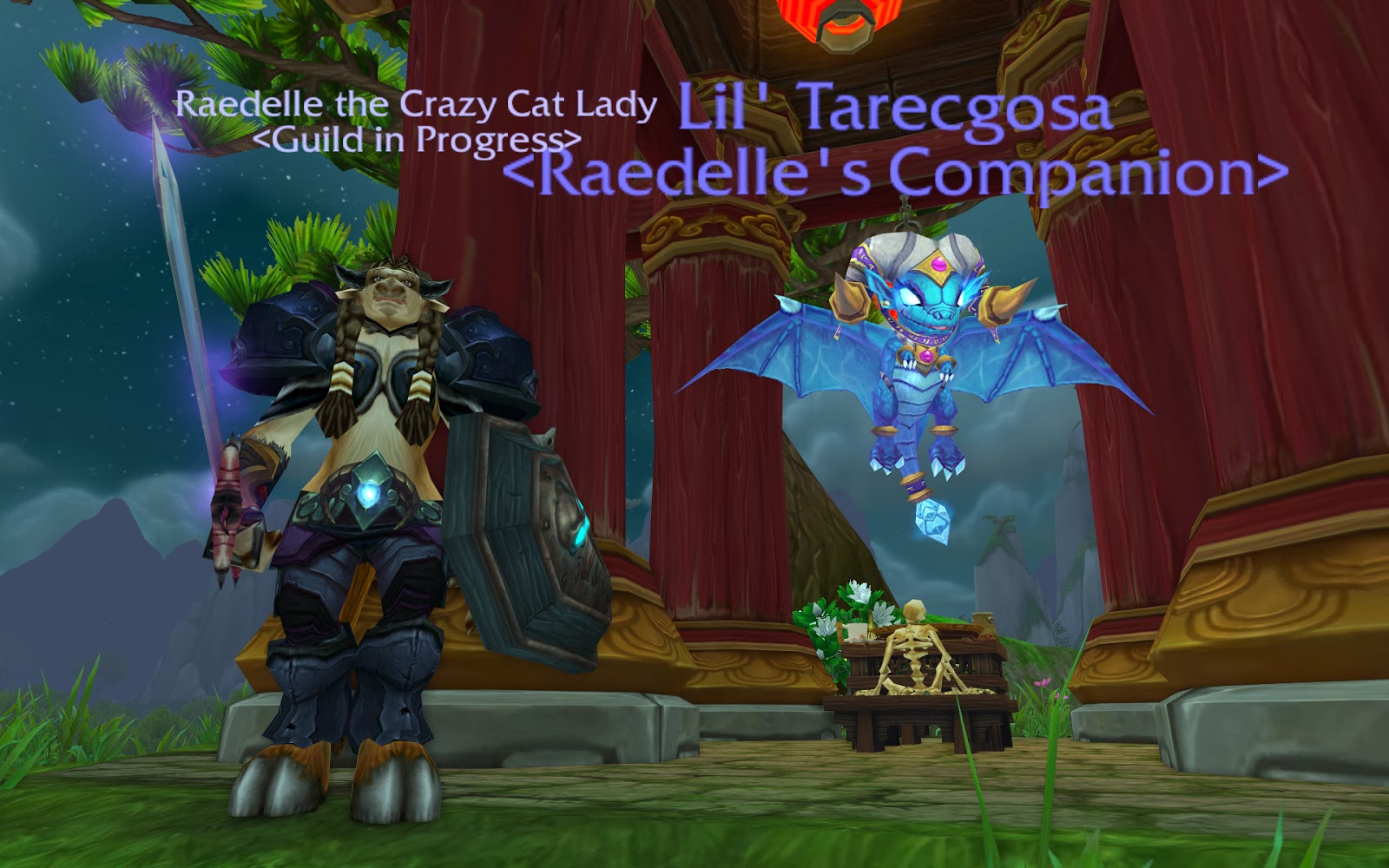 And then we chatted from all sorts of stuff - guild leading, cheating on your collecting cats for the achievement (she says she LOVES cats) and then suddenly it was midnight - time for bed (and server shutdown).  I added her to my friends list and she had added me too, so now we can chat anytime!  Thanks Raedelle for letting me chat to you and paparrazzi you :)  You have been Navispammed!