Amerpriest was disappointed that there wasn't much of a response for Blog Azeroth Thanksgiving this year, but in Australia, we don't celebrate Thanksgiving so I wanted to join in as it gives me an opportunity to be thankful for all the blogging stuff that's happened this year.  JD wrote a lovely one!

There's been a lot of changes this year for me in WoW - we moved servers, and I took on the dubious role of guild leader.  In terms of blogging, the biggest blogging event for me was Blizzcon where I got to meet so many blogging friends.

But if I had to choose the things that I am most grateful for there are a few:

The first one would be for a new friend that I made this year, that has since joined my guild and helped me in so many ventures and the ridiculous ping pong gift giving we give each other.  And that would be Luxy.  The other day we were talking about how my Btag list is full.  She told me to start deleting people off the list and she said she should get out while she still can!  I laughed at her and said it was SHE who added me to Btag! And poor Luxy, little did she know what would happen after that day she added me just so I could talk to her cross faction without the ridiculous emoting and hand waving.  There would be me constantly asking her how to use photoshop, how to make Modelviewer work, talking about of World of Warcraft, the debates on why we kept letting her die in raid... 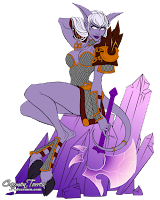 The second person I am immensely grateful for is Mataoka.  Always happy to chat to me, always brutally honest with the knowledge we can be ourselves, and always there to give me a helping hand when things are troubling me.  And by the Earthmother, at Blizzcon she gave me such a big hug that was full of love and joy how could I be anything but super smiley for the rest of the day? We both love to write fiction, so we had some lovely collaborations for WoW fiction, our best ones being our Fable stories (well, they were my favourites) and we are still plodding through our coin series - which reminds me, I have been super lazy of late when it comes to doing my coin stories!  Luckily for me, Matty is still super addicted to WoW and can be found online at all hours of the morning and night (when she's not at work) - and poor Matty, the worst thing she did was give me her phone number so now when I can't find her I end up texting her instead!  I should tell her not to reply so she doesn't incur international charges...

The third person who has also always been there for me is Arvash.  When I went to Blizzcon, I was so happy to have met both Matty and Arv - 2 of my favourite people!  Arv is always so helpful, so generous, so goddamn hilarious, that without him to vent to when I'm angry and spitting fire, I would probably have gone and done something more stupid like buy another Tyrael to giveaway or worse, a Vanilla collector's edition to make some crazy competition on my blog.  I wish we had similar timezones so we could raid regularly.  And it's great to have all my stuff that won't be shipped out of the US being shipped to my holding centre at Arv's home (and poor Arv, he's the only one without a sexy draenei female!)

So all you americans, happy Thanksgiving!  And to everyone else, happy Pilgrim's Bounty!