Hey druids! Want to be a fire kitty without the staff?

Dahakha said to me today "Navi, I found out you can be a fire kitty all the time!  Let me show you!"

I was busy flying kites with Cymre at the time.  So I told him I'd be a few minutes, or he could come and meet Cymre.  He came over and met Cymre, and admitted he was a lurker.  Cym was pleased to meet him.

So then I said to him "OK, show me your fire kitty without the staff."

"You have to come to Firelands to do it."

Well, I thought, that seemed pretty pointless.  I don't want to be a fire kitty JUST in Firelands.  But I went along to see how to do it.

When we got there, we extended an old raid of ours so that all the trash was gone.  Dah took me to the bridge and the portal near Baleroc and said "Pick up these seeds."

Around the portal on the ground, there were tiny little things that had an interact icon with them. 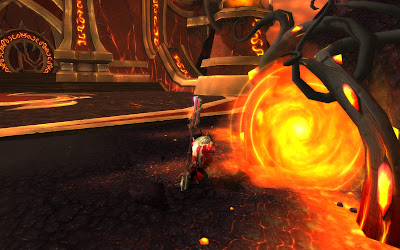 "Where did you find out about that?" I asked him, as I picked up the Burning Seed.

"I read it on Wowhead," said Dahakha. 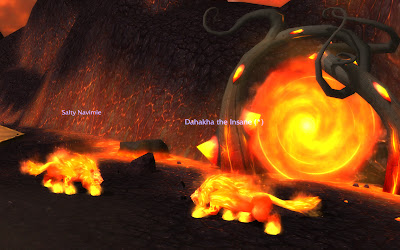 I tried it out.  Wow, cool!  The buff lasts for an hour and even persisted through death.  And it even persisted in stealth!  It doesn't even look like I'm stealthed! 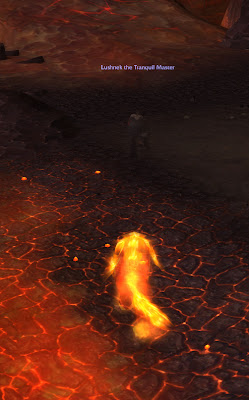 They're pretty cool, now I want to get them every week!

Later that evening, Icaruss asked me if I had heard about the seeds.  I said I had!  Looks like everyone will be out there getting their fire kitty look :D

Guess what I'll be doing every week!  Thanks Perculia for sharing that!