I have searched often for Scourged Whelplings without much success.  Cymre told me she got one just before shutdown and I was wishing that was me!


Today, not long after midnight I logged over to my mage who was camped where they spawn and to my surprise there were 4 flying around!  My poor mage isn't max level so she agroed a few things and died once trying to capture one, but she managed to get one!  I wondered if it was related to time, so I swapped over to Navimie and went over to the spawn point in Icecrown to have a look and there were ALSO 3 flying around!  So I have come to the conclusion that the Scourged Whelplings spawn at midnight server time (like the Restless Shadeling) , so if you want to get one, head up there at midnight! 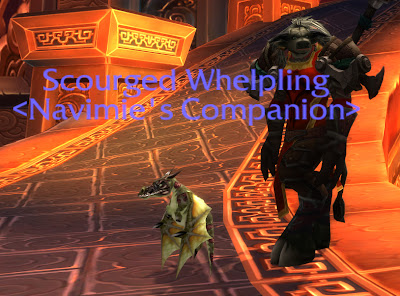