Blizzard does its bit to prevent the mindless slaughter of rare beasts!

As my readers know, I am one of those people who subscribe to the Lunk "You don't have to kill it" book.  Especially when it comes to rares.

I do kill rares for achievements, but if there is nothing to be had except for a piece of loot, I am much happier taking a picture of it and treating it as if it was a precious species to be preserved and admired.  Of course this makes no sense in the game because it will respawn again, but I think it's just the conservationist in me that makes me the way I am.

In WotLK and Cataclysm there were a whole host of rare beasts for hunters, which when killed dropped minmal loot, such as that grey item which vendors for 25g.  I always found it a shame when people killed them for no reason except for the fact they were rare, thinking that they were going to get something from them and only later finding there was nothing there to loot.  But it was too late, it's dead already!

I was wondering about the lack of rare beasts in Pandaria - I see a lot of rare humanoid spawns but not a single beast spawn!  But Souglyy enlightened me!  She told me that rare beasts now are invisible to everyone except hunters - you can see tracks of rares and you can follow them to look for them.  Everyone else can't see the rares or the tracks... BUT, if the hunter shoots a flare, then party members can see the rare!

She sent me some pictures of tracks: 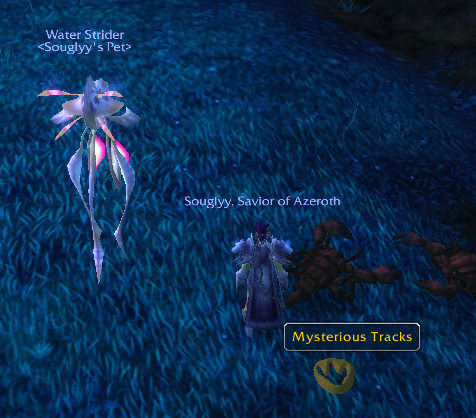 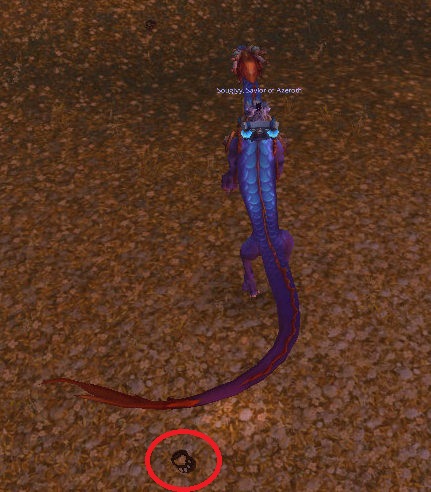 And then she brought me to see a rare!  She shot a flare out and there he was! 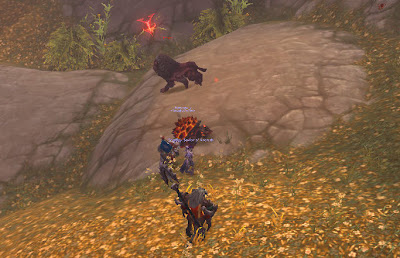 I tried to take lots of pictures of it, but being on my crappy computer, only a few turned out ok. 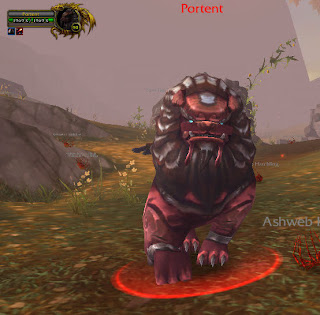 Like Maddexx, some rares come in different colours.  Portent is one of them.  Souglyy has the purple one of it and she brought it out to show me: 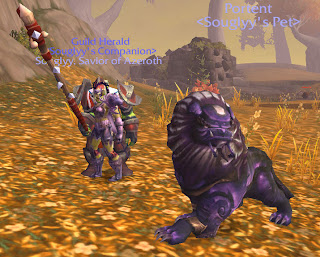 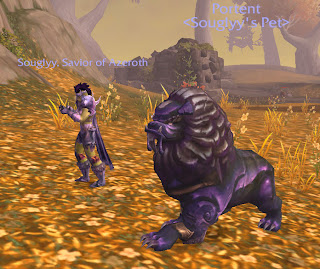 I had to convince her to get rid of that toy boy flag bearer she had hanging around patting her ass.  She also brought out her other rare goat to show me: 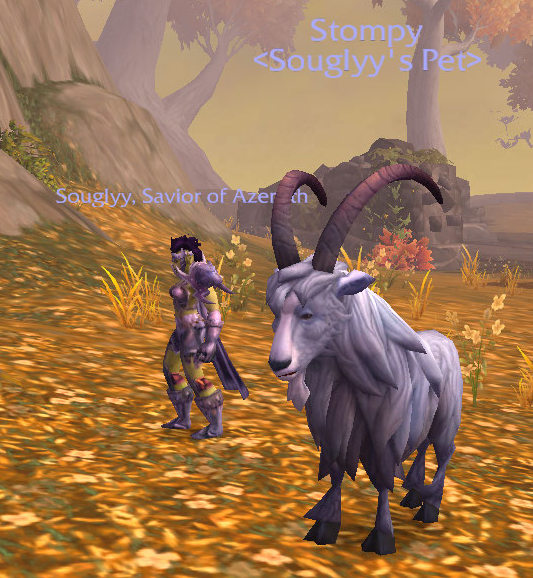 So I am pleased that Blizzard did the right thing by protecting the rare beasts of Pandaria from those bloodthirsty rare killers.  Good on you Blizz!  Now these beautiful rare beasts will be kept in the stables of worthy hunters, protected and preserved forever :D
Email Post
Labels: hunter rares