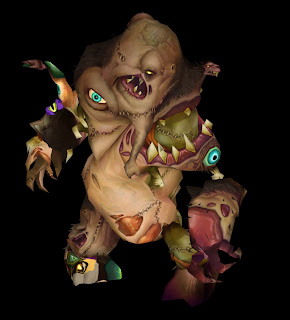 Yay we got Festergut down after about 3 tries!

After Dark left with his gang I felt like we were not going to get anywhere.  Though truthfully as people have pointed out to me, we really only lost one tank, one healer and one dps.

It wasn't as hard as I thought, had 3 dps at the periphery and the rest of us stacked on the tanks.  The person with the X was always running around either in or out so people could get their spore/innoculation debuff.  But at least Yig got a cool weapon... the other weapon was a bit of a caster thing which Chik took.
Email Post
Labels: Icecrown citadel