People know my stance on bullying tactics and bullying behaviour.  I abhor bullying.

Bullying is repeated verbal, physical, social or psychological behaviour that is harmful and involves the misuse of power by an individual or group towards one or more persons.

Bullying can involve humiliation, domination, intimidation, victimisation and all forms of harassment including that based on sex, race, disability, homosexuality or transgender. Bullying of any form or for any reason can have long-term effects on those involved including bystanders.

Internet bullying is also one of the most cowardly, and yet can also be the most damaging.

Today, a friend of mine, Genowen, a respectable guild leader (my highest alt is a member of her guild), and is also a feisty and strong minded person mind you, was the victim of bullying the other day.  And what was it for?  Because she was being a decent person and raid leader by trying to explain a Sha fight to newcomers in the group.  A PuG tried to rain on that party by saying "You Just DPS - it's not hard" and continued to spam that even when Gen said there were a few people who had asked what to do.  Clearly that person has no idea how the fight goes because if it was just DPS the boss it turns messy and UGLY.

That person was so disruptive that Gen removed them from the group, and that started the torrent of abuse.  This included the c word, using the fact that she was female and had a child that she was somehow a bad parent, as well as whole bunch of other swear words.  Screen captures of the conversations are there on her post for all to see.

Reading what happened to her infuriated me.  I know Gen does not need to be defended, in fact all her actions were mature and admirable.  She did not reply the person with more abuse, she merely stated things to them and then put them on ignore.  She reported it to game masters, and she also tried to approach the officers of the offending guild, to inform them of the bad behaviour of their guildie - and was greeted with similar bad behaviour.  It appeared that the only one who tried to be mature about it all was the guild leader.  Gen ended up calling Blizzard to stop the constant tells of abuse, which was the correct thing to do.

Gen is not someone who would collapse under such a torrent.  She's strong minded - you have to be when you're a guild leader of a raiding guild - and she knows better than to be too affected by this tirade from a disgruntled turdling.  But there are a lot of people out there, more vulnerable and susceptible, whom, when attacked in this manner can result in severe emotional and/or physical distress, or worse, suicide and self harm.  It is for THESE people that we have to stand up for, to help defend against bullying and trolling.

However, no matter what they do or say to you, it is NEVER OK to stoop to their level.  To name call them back.  To troll them with tells or get your friends to.  No matter how angry you are, no matter how much you wish that they would just DIAF it is never right to return fire with fire.

You have to play it smart.


The great thing about being online is that typing takes longer than speaking.  When you open your mouth sometimes the crap comes out in a millisecond and you wish you hadn't said it, but with typing you've got that extra second or 2 before you hit enter.  Use your time wisely.  Speak back politely, WITHOUT swear words, in a calm manner and explain to them that whatever they said was uncalled for or politely disagree as Gen did (Asshat:"Are you that dumb?" Gen:"Look me up on armory and find out").


Typhoon Andrew wrote that it was a shame that more could not be done by Blizzard to ban these individuals, but it's difficult with hearsay.  That's why it's important to document, screenshot and of course, ensure that you yourself are not doing anything of that sort in return.  Like Andrew, I believe in karma and have no doubt that socially inept people who truly think yelling and bullying can get you what you want or gain you personal satisfaction will result in you either stuck in a dead end low paying job for life, or thrashed by someone even bigger and nastier than yourself.


Ironyca sent me an email with links to an article "Dealing with Trolls and other special individuals" from Milady of Hypercriticism, and this paragraph she quoted is the heart of what I am trying to convey:

Players should try to foster a healthy game environment and stop heeding the trolls who will tell them that "this is the internet." No, the internet is you, me, our neighbour. We are part of the problem if we do not engage with it. Silence sadly equals to agreement. I assure you, confronting the trolls on the public spaces does very often yield results in the manner of public support and troll-silencing, but someone has to step up for her beliefs.

What I am afraid of is that people are scared of the bullies and sway towards them - this happened to Stubborn and his wife when they tried to stand up against two idiots, and there was a neutral third person.  He and his wife were kicked from a LFD and he had been very reluctant to queue for any LFDs after that.  Stubborn is someone I know who is fully supportive of the antibullying behaviour and stands up against it, and I am proud to call him my friend. 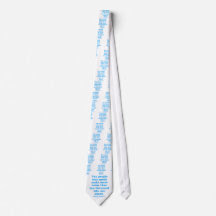 So for this week especially, I am not going to be silent about any sort of repeated asshattery behaviour.  Not that I ever am - ever since my own incident I always say something when I see people being abusive repeatedly in PuGs or trade.  What I wish everyone could do, or would do, is be that person too.  Don't be silent any longer.  However, be mature and polite, and you never know - you might just influence one person to do the same, who in turn influences another person... and in Navi's perfect world everyone would no longer be the silent bystanders but the active bystander who believes in what is right and not afraid to say it.

But it all starts with a small move.  Rome wasn't built in one day.

Edit: Sal pointed out this Daily Blink (Mean People Suck) to me which is exactly what we should all do!
Email Post
Labels: Navi's thoughts